If I Were You (World Premiere)
Merola Opera Program

If I Were You (World Premiere) 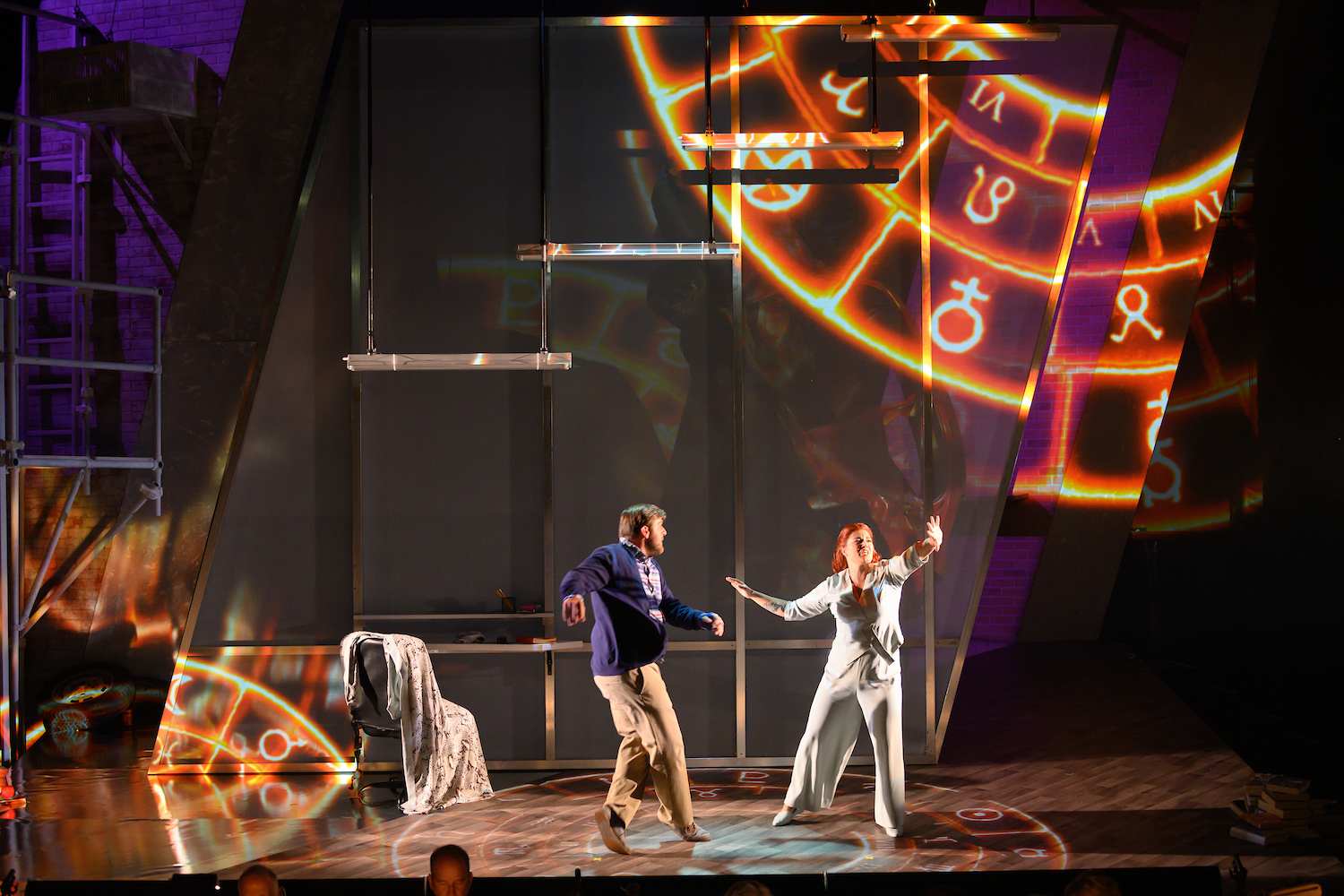 After years of working as an assistant and choreographer for Jake Heggie and Gene Scheer’s new operas, they asked her to come on as director for If I Were You, Merola Opera Program’s first ever commissioned new work. Opening in August of 2019, the press for this Faustian opera is already heavy with anticipation. Check back for updates as the piece comes together over the next couple of months.

After years of working as assistant director and choreographer for Jake Heggie and Gene Scheer’s new operas, they asked Keturah to come on as director for If I Were You, Merola Opera Program’s first ever commissioned new work.  Featuring a shape-shifting devil and a soul hopping main character, Keturah’s love of magical realism and the dark and scary was on full display.

“In my review of West Edge Opera’s Pelléas et Mélisande last year, I noted how director Keturah Stickann could achieve so much with so little resources that she had. I guess she made a career out of it, as once again it was proven true with this production.”

“Keturah Stickann has directed the proceedings with a wealth of imagination and dexterity. Ms. Stickann has succeeded in not only clarifying the complicated premise but has also invested it with great entertainment value. Her success in creating compelling stage pictures is exceeded only by her triumphant management of complicated, multi-layered relationships. It is difficult to overpraise her achievement in bring If I Were You to triumphant realization.”

Victor Cordell, For All Events

“Despite the limitations of Herbst Theatre—a rehabbed meeting hall, hardly an opera house—the quintet of designers made a silk purse out of a sow’s ear with special effects and changes required through 13 scenes. In a confined space, with Fabian’s auto wreck dangling precipitously from a tree, Stage Director Keturah Stickann manipulated the nine solo singers and small chorus adroitly.”

“Appealingly, Diana, intrigued by Fabian, goes on her own equally compelling soul-searching and fact-facting journey in the visually striking production directed by Keturah Stickann.”